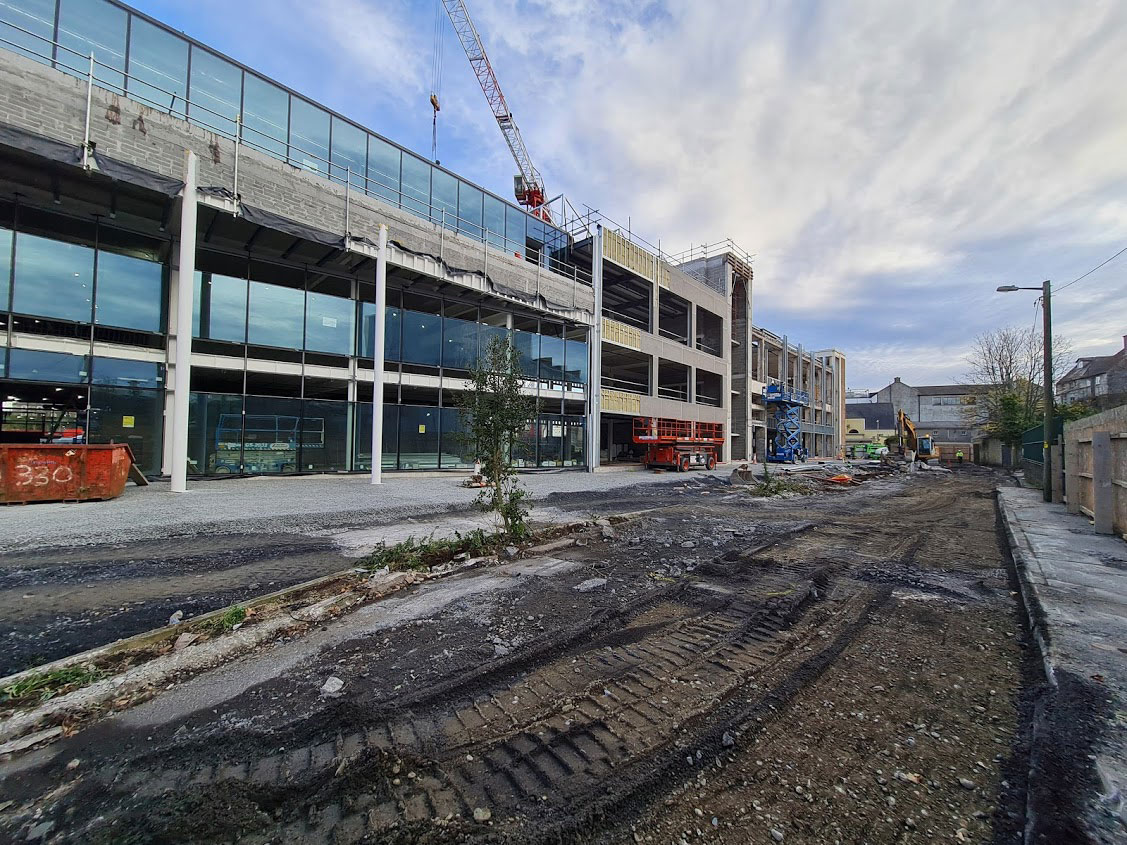 Since our last check in with progress from the Brewhouse at the Abbey Quarter great progress has been made, as all the new glazing is being fitted around the Brewhouse which is in keeping with the Bauhaus period style of architecture in which the Brewhouse took its influence from originally and was an integral part of the redesign.

Jason Clerkin, Abbey Quarter CEO commented “We are really happy with how this is turning out and when the off white render is added it will tie it all together.”

The glazing to main atrium has also started to be installed which gives sense of the scale of the glazed wall as it extends to all levels. This feature looks great both inside and out.

Works have also commenced on Horse Barrack Lane with the hoarding being removed to open up the front of the building to allow public realm works to commence. It is clear from the photos that the scale of this will be impressive as it will also link through to the new Brewhouse Square between Units 3 and 4.

Also featured here is an image of office Unit 8 which was part of the former Yeast Bloc. Not your ordinary office space! Internally as the building is being sealed plaster has commenced in some units.

This article was originally published on the Invest Kilkenny website: