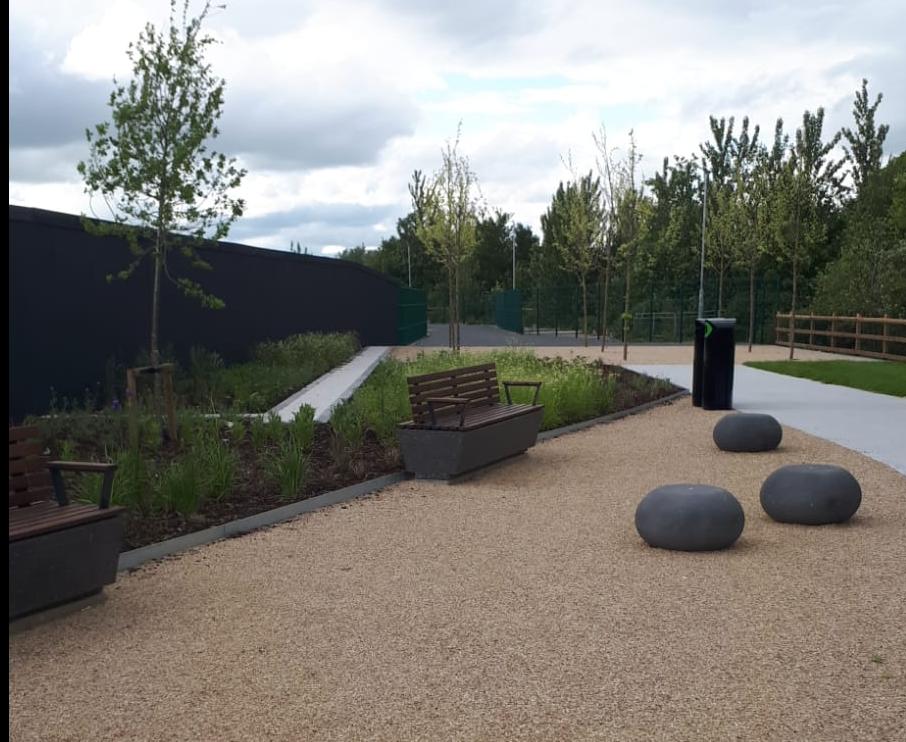 Marrying the old with the new, the riverside garden leads us through the former St Francis’ Abbey Brewery and into a modern skatepark that has been designed for and by our own skateboarding community who now have a park of their own

The project provides a riverside walk from the Tea Houses at Bateman Quay to Greensbridge, with a temporary walkway provided in the area of the planned new Urban Park around St. Francis Abbey.

The Riverside Garden project incorporates the newly completed skate park, which opened to the public on May 1. The amenity is already well used by skaters of all abilities and ages